GreenTouch is a top-level company which grasp the technology for capacitive touch film. capacitive touch film is also called "touch film", Nano Touch Film , which is a grid matrix layer composed of two thin films with a layer of X and Y axis interlaced nanowires.Our XTM Series is small size touch film,rang in 10.1 inch to 32 inch ,This 10.1"is smallest touch foil in XTM series, viewing area is 223.59 mm X 125.77mm,Ratio for16:9, it is low-power, non-electronic pollution, long life.

The principle of the projective capacitive touch film technology belongs to the projective capacitive screen. It is composed of two transparent thin films, with a grid matrix layer consisting of a layer of metal wires crisscrossed by X and Y axes. Each matrix forms an induction unit that can sense the touch of human hands. The touch signal is transmitted to the circuit control board connected to the touch film, and the control board transmits the signal to the computer, and the computer automatically calculates the touch position to form an effective touch response, there by achieving the effect of replacing the mouse or even exceeding the mouse (multiple points).

Capacitive touch foil XTM focuses on 10.1-32 inches, suitable for Industrial Touch Screen, query machine and other fields. In addition to the general Touch Screen , the product has strong penetration, good waterproof effect, stability and reliability. In the field of industrial control, glass is thicker, waterproof and many other requirements, while the stability requirements are very strong, XTM is the best choice. 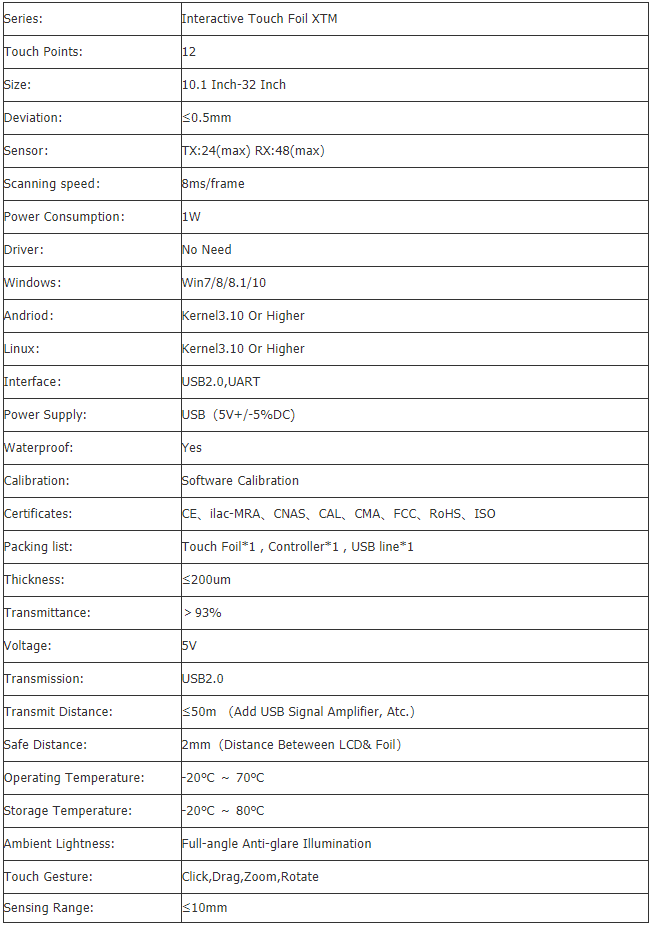 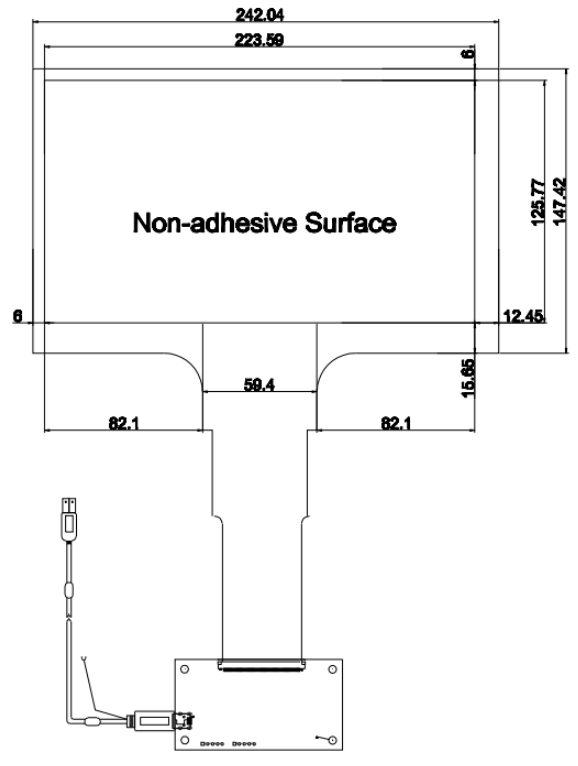